Airbag and I'm a Pedestrian

I've been trying to be diligent about doing free writing and writing excercises every day. I went to Borders to try to pick out a writing prompt book and decided on: A Picture is Worth a 1,000 Words, which is full of b+w photo prompts. I've realized I respond very well to visual stimulation. Anyway, here is what I produced today, I organized it a bit into 2 parts:

Orange: it must be afternoon; the venetian blinds are humming softly in tangerine.

Purple: she looked through the crisp button down of his chest, imagining the palpitations of that eggplant heart. With each invisible squeeze she imagined his blood emptying out and retracting like an ocean.

Red: the pomegranite sky clustered around the horizon, slowly giving itself up to the evening.

Yellow: the sun was swallowed up slowly by the sky, as though it were a large egg yolk getting sucked down the sink drain. When night hit there was clear fluid left; he was the only one to see it.

Pink: His cheeks had two deep strawberry rashes streaking across; as though he were embarrassed about everything, all the time.

White: Upon hearing this he paled; the color flashing out of him, as though someone had bitten his cheek and drawn it out.

Black: It's now Friday and the evening sky gives nothing back. It's a dull television screen shut off, without even the wandering static of clouds.

Green: The tunnel walls absorbed the reflected lights like a waxed apple. The gloss of the train station was nearly palatable, when the tracks received the onslaught of the A5 express.

Gray: There are nearly 500 variations of gray* that a human eye can recognize. As a child he was a crayon fanatic, coloring everything in sight. 20 years later he has been slowly eaten up by the color gray; it glowers in his irises, streaks down the flanks of his body, colors in his expanse of morning. It is all gray for him now.

*This fact gleaned from the nifty site: http://www.sensationalcolor.com/ where you can find out lots about colors.
**This poem is dedicated to my beautiful color crazy buddy Vera, who inspired me with her color questionnaire!

The only understandable thing
is the air bag. The crash is misinterpreted.
Plotting it out for rational people results

in a mess. Spiked lines and no symmetry.
The driver was looking both ways. The pedestrian
was only a pedestrian in the strictest sense

of the word. The STOP sign is a message
to us all. When we reach a crash we all
get nervous, it's a rattling unknown thing.

The air bag fills up the space in front of us,
blossoms plastic and stitching, gives us something
tangible to hold on to instead of hope.

*I realized I subconsciously stole the title of this from a Radiohead song of the same title*
Posted by Jenny at 4:24 PM No comments:

the white tonguing of a coffee break

I've been obsessed with nonsense lately. Reading Alice in Wonderland, various strange poetry and brainstorming. When I say nonsense though, I don't mean purely incoherent rambling nonsense, but nonsense that makes sense on some weird guttural level. Like, when you look at it all as a whole, from far away (inches, hours, years) it makes sense and it makes more sense than anything else in the world!

Just started Fall semester and am working on graduating in December. It should work out, unless something unexpected pops up. But there are often jack-in-the boxes hiding about. Honestly, I wouldn't mind staying in college longer. It feels really sad to leave.

I'm currently poring over: Spunk and Bite: A writer's guide to bold, contemporary style, by Arthur Plotnik. Witty, eloquent and an illuminating must have for any writer. One thing he quotes I particularly like:
"Within minutes of my first kiss I was stripped like a squid..and something inside me hardened, turned into a chunk of cement. A girl becomes a comma like that, with wrong boy after wrong boy; she becomes a pause, something quick before the real thing." (-Lisa Glatt, A Girl Becomes a Comma Like That)
I started reading it because I'm taking an advanced fiction class and have a story due next week. I'm not too experienced writing short stories; wrote my first about a year ago, but with this book i'll be a master story teller in no time!
Posted by Jenny at 7:18 PM No comments:

Being silly in bean city

The past week has been a week of several various celebrations. I went to Boston this week-end. A very fun city to explore even though the frogs are metaphorical and the people are rude. Took the freedom trail to learn about Boston's history, I ended up here. Because it's just cute.

I'm finally going to be a published poet! 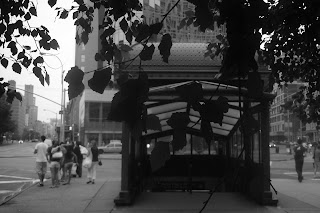 I'm very excited today, because I found out that my poem 'Cartography for Beginners' is going to be published in Opium 5: www.opiummagazine.com (which is my absolute favorite lit magazine ever!) I can barely speak complete sentences, and every thought in my head is punctuated by a: "woo hoo!" I can't believe that my poem is going to be touchable-- (on a real page that real hands can touch!), in a magazine that's sold in barnes and nobles, a magazine that's published writer's like Stuart Dybek and Jack Handey !??

"Whenever I see an old lady slip and fall on a wet sidewalk, my first instinct is to laugh. But then I think, what is I was an ant, and she fell on me. Then it wouldn't seem quite so funny." -Jack Handey (funniness)

Anyway, I've been terribly inspired all day to write and do everything poetry. I wrote this poem earlier today after thinking about my last radiohead inspired blog title. It needs a lot of work but I am fond of some parts already :)


UPSIDE DOWN IS THE NEW RIGHT SIDE UP
We sleep upside down, as bats, trying
to reverse the harmful effects of gravity.
All this talk about pollution, global warfare
and we've neglected the obvious.

We're not made of metal. We're soft
and bio degradable. We need to construct
a pickling system for our hearts; so they don't
leave us, so they can last throughout the winter.

Our humanity clings to our organs, like the last
defiant teaspoon of ketchup in the bottle.
Doesn't it know it'll have to go at some point?
Doesn't it know how delicious it'll taste?
Posted by Jenny at 7:40 PM No comments: